As you may know I’ve been very impressed with Storage Spaces in Windows. With the new Storage Tiering in Windows Server 2012 R2 Microsoft have just included a must have feature.

Simply install a few (or one) standard HDD’s and one or two (or more) SSD’s and then set up your pool, virtual disks and volumes. Whilst you did this the wizard will pop up (if you have SSD/HDD) and you can check what I like to call the ‘Wizard of Spaces‘ check box for Tiering.

This brings enterprise level yet affordable features to your deployment. The best part is that that its automatic and provides a level of performance previously unachievable at this level.

Most of the wizards work is done at 1am in the morning! As seen below:

This scheduled task decides what to move between cold and hot storage. I’ve loosely used these terms to mean cold is data we use relatively occasionally and hot data is data we are accessing relatively a lot.

We may want to run the ‘Wizard of Spaces’ manually, wake up as you may say. First navigate to Scheduled tasks as below. 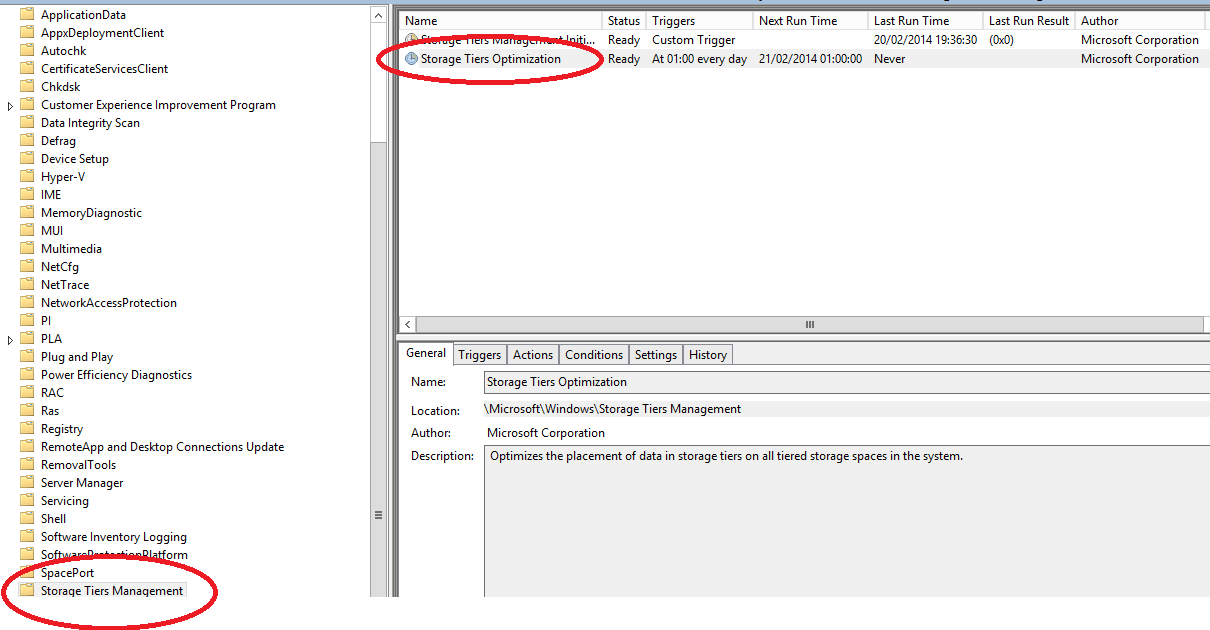 Then run manually to wake up the wizard (below) or change the schedule. Warning! The task can be IO intensive from some initial testing, so as usual perform some testing beforehand.

I’m bringing back the popular “My Takeaway” Summary!
My Takeaway: Amazing feature that needs to be played with and seen!
﻿
Storage Tiering Schedule in Windows Server 2012 R2

We use cookies to ensure that we give you the best experience on our website. If you continue to use this site we will assume that you are happy with it.Ok